The truth about Hysterectomies 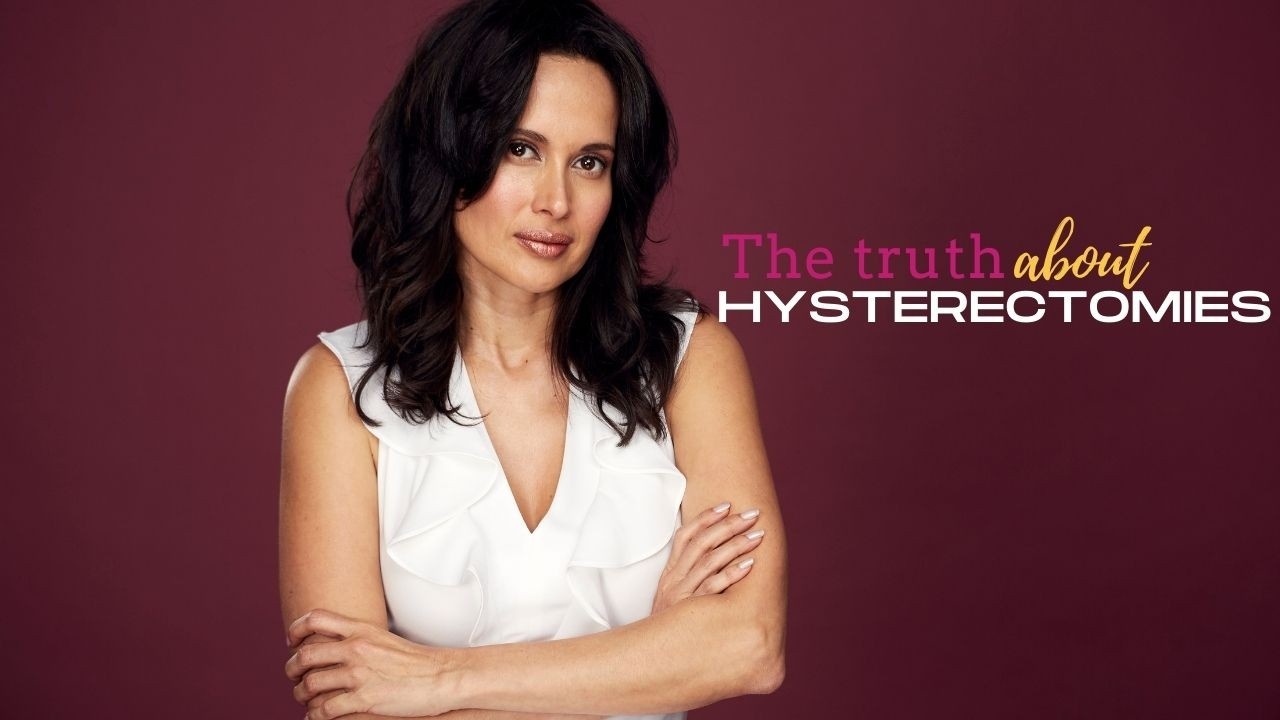 Women often place their trust in medical professionals who are not honest with them.

As a result, they are pressured into undergoing surgery that changes their lives forever.

It’s time for women to know they have options and to demand to know about them.

As a woman with roots in South America, I keep my finger on the pulse of the activities and essence of the women who live there, as that energy never leaves me.

One thing I know is a major issue in both Central and South America—and in other areas of the world as well—is the number of unnecessary hysterectomies that are performed each year.

Statistics from many of these countries are hard to come by, but the stories from women who have undergone these procedures without ever being given nonsurgical options or without honest explanations as to why they are being cut open are proof enough.

In the United States, more than 400,000 hysterectomies are performed every year.

A hysterectomy involves the surgical removal of all or part of the uterus, and it may also include removal of the ovaries, fallopian tubes, and cervix.

The procedure may be recommended by a doctor to treat benign (noncancerous) conditions, such as uterine fibroids, endometriosis, pelvic pain, and abnormal uterine bleeding.

In fact, around 68 percent of hysterectomies are done to address such benign conditions.

Yet these conditions could likely be treated with safer alternative techniques that are not being offered to women.

I and many women are not the only ones concerned about these statistics.

Some experts are pointing to the guidelines from the American College of Obstetricians and Gynecologists which state that women with benign conditions affecting the uterus should be offered alternative treatments before turning to a hysterectomy.

Yet research shows that nearly 40 percent of women are not offered alternative treatments before their healthcare provider recommends a hysterectomy.

It also shows that the pathological findings after surgery among nearly 20 percent of women who did have a hysterectomy didn’t support the necessity for the surgery.

A hysterectomy is typically indicated in cases of cancer of the uterus, cervix, or endometrium, which make up about 10 percent of all hysterectomies.

So what happens to women who have these unnecessary surgeries?

Because the uterine ligaments are cut, the torso collapses and results in a thickened midsection, which can lead to chronic pain and poor circulation.

Sex drive may be reduced, and there’s a reported significant increase in the risk of heart disease among women who undergo a hysterectomy at age 35 or younger.

Part of the reason hysterectomies are so common is attitude: there is still the belief that once a woman is no longer fertile, her uterus is disposable and can be removed.

Another reason is that hysterectomies are emphasized during physician training and in fact residents must perform a certain number of them.

Hysterectomies are the tool to turn to whether it’s appropriate or not.

Finally, there’s the monetary incentive associated with reimbursement for surgeries.

What can women do?

If your healthcare provider is suggesting hysterectomy to treat a noncancerous condition, ask about alternatives.

Also ask about lifestyle changes that may help with pain and inflammation.

If you do decide on a hysterectomy, carefully read the surgical consent form.

Many of the forms allow surgeons to remove any organs they feel are appropriate even if there is no pathology to support it. Such forms should not be signed.

Finally, do not make such decisions on your own.

Honor your body, protect your future.

Visit Divinerenewal.com for more articles on health, nutrition, and honoring your body.

Get your free ebook!